Did you know that the front side of a building’s project is usually referred to as its façade. As it gives the building a distinctive personality and character, it is one of the most essential aspects of the overall design of the building. A building’s façade can take on a variety of shapes and sizes; in fact, it is one of those elements of the building that gives architects the freedom to experiment, show off their skills, and materialise their visions.

People occasionally equate façades with older or more important structures, however, today any building can generate a recognizable façade. In addition, people frequently associate a building’s façade with elements that only enhance its aesthetic appeal. In this post, you’ll read about the facade’s importance in Commercial Architecture.

Function Of the Facade 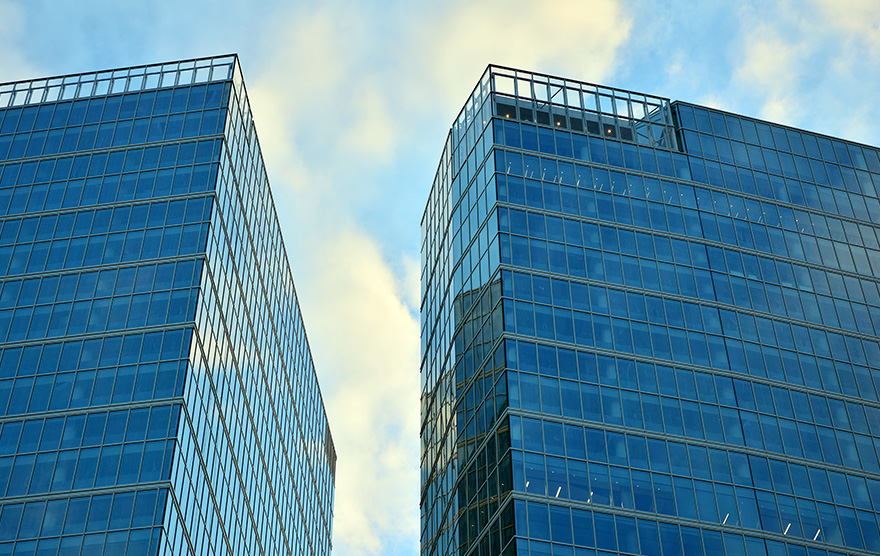 Imagine yourself in the middle of a crowded restaurant-filled street. Which one would you be most inclined to enter if you had no prior knowledge of any of them? There’s a good probability you’ll enter the building with the magnificent facade. Any business’ bottom line benefits from attractive facades. On the other side, poorly designed facades may indicate that the building’s intended role was not achieved. The following are a facade’s purposes:

Significance Of Facades In Architecture

Types Of Facades For Commercial Architecture

Your choice of the exterior has a significant impact on how unique your building will be, both aesthetically and functionally. Here are some examples of commercial building facade types:

Modern facade systems can employ a range of steel parts. A multitude of colours and surface textures are possible with the steel facade system. Additionally, the loads on the supporting structure are reduced. Furthermore, installing a steel facade goes more quickly.

The term “curtain walling” refers to glazed or metallic lightweight cladding systems that are directly maintained by a structural framework. The interlocking modules are brought to the site and assembled from factory-made parts, which are either formed into panels in the factory.

Clay facades are simply terracotta panels that can be used to cover any building’s outside walls or facade. These are the product of cutting-edge technology and firing methods, making them extremely resistant to the outside environment.

Steel and glass perform well together and are frequently utilised in multi-story buildings’ facades and roofs. The basic structural frame of the building may be internal or external, and separate vertical steel pieces are typically used to support the glass panels.

Your first impression of a glass façade, which is becoming a typical element of many buildings, can be how aesthetically pleasing it is. Glass facades, though, aren’t just for show. They have several useful benefits that make them an unbeatable choice for designers and architects.

Glass façades allow for more natural light to enter the building, reducing the need for artificial lighting. Glass can now regulate heating and cooling in buildings because of technological advancements, which are useful for both meeting energy needs and saving money.

A glass façade is cost-effective due to its manufacture in addition to the cost savings brought on by decreased electricity bills. The overall cost can be decreased because they can be uniformly produced in a factory.

The flexibility of transparency or translucency is offered by glass façades. Usually, transparent glass is utilized for building façades, but because translucent glass can be manufactured, architects now have more creative freedom in their plans.

A structural glass façade is highly strong and will be able to survive the weather, so you can be sure of that. The glass façade will maintain its integrity and attractiveness for a lot longer than conventional construction materials, regardless of whether the building is located in an area with harsh winter weather or one with the year-round sun.

This is the obvious one – the look of a glass façade is a significant element of its attractiveness. It can make a powerful design statement and give a clean, elegant appearance while transforming several building kinds.

Factors To Consider Before Designing Facades

The height is an important facet to take into account while constructing a business building facade. Today’s taller buildings make the usage of concrete, brick, and stone less prevalent.

Then Light is still another crucial element. This is because humans value light passing through buildings more than anything else. In contrast to earlier structures, natural illumination is now the main focus of modern design.

A commercial building’s facade must be designed with a location in mind. You could wish to stick with a specific style and price range for more conventional commercial constructions to blend in with the surrounding façade.

Weather also comes into play when deciding on a place. Therefore, you need a facade that can withstand the climate where your building is located.

Asahi India Glass Ltd. (AIS) is the leading supplier of integrated glass and window products in India and a market leader in both the building and construction and automotive industries. Our product solutions, which cover the full spectrum of automotive, building & construction, and consumer glass, are created to offer both aesthetic and practical advantages. As a result of AIS’ contributions to the glass industry, it has received honors and accolades. So, if you’re looking forward to the best facade services, contact us.